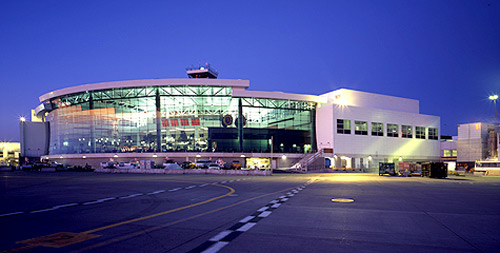 As reported by The Seattle Times, local Air Travel is getting in on the city’s commitment to sustainability. Instead of cooling passenger cabins with the plane’s auxiliary-power engine, an act that burns jet fuel while the plane is being serviced, the Seattle-Tacoma International Airport has recently started a “preconditioned air” network that cools or heats at a central plant, pumping the treated air through hoses connecting to the plane. Passengers will enjoy cleaner air while the airline consumes less fuel. With 29 gates employing the new method so far, all 73 are planned to be using it by the end of 2013. Ridding planes of the need to supply their own energy, this new system has the potential to reduce fuel consumption by 40 to 100 gallons during each layover. A big part of being sustainable seems to be the act of breaking convention, and here goes Seattle, doing it in yet another way.