It’s no surprise that Seattle is known for coffee. As home of the original Starbucks and a geographic location that can often have dreary weather it makes sense that most Seattleites carry around a hot caffeinated beverage, especially during the winter months. How much damage has this obsession or need done to the environment though? 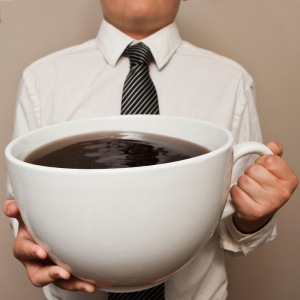 I was pleasantly surprised to realize though that the paper cups our liquid energy comes in are recyclable, and so are their cozy little jackets that prevent burned hands and their lids. This is not a recent development for Seattle, yet it seems that people often don’t know that empty clean paper cups are recyclable. All it takes is a rinse to keep that cappuccino cup from the garbage. These cups are recyclable in Seattle unlike other places, and as a transplant like many other Seattleites, I didn’t realize it before.

There has been quite the journey for paper cups to be recyclable, and the people leading the way have been the director of environmental impact at Starbucks, Jim Hanna. The one time use paper cup is the icon of their coffee and a dilemma for their environmental responsibility. The venture for recycling these cups has benefitted the city of Seattle though. In many places the facilities don’t exist to recycle paper cups, but according to Seattle Public Utilities’ own posters, the paper cup falls under recycling and not garbage. Before facilities were made available to recycle these paper cups, they were going straight into the landfill and they still do in other cities around the nation and world because recycling facilities won’t make enough money from the paper pulp from the cups compared to their cost of recycling and how much they make from other paper products. With the confusion or recyclable or not, depending on location, many cups find their way into the garbage Seattle is one of the early adopters of recycling paper cups and has been recycling them for almost five years in select locations. Another factor behind coffee is where and how it’s grown and processed, so stay tuned for a future post on Fair Trade and sourcing. In the meantime, you can catch up on some of the issues surrounding coffee and sustainability from a previous post.

Ways to change on campus: There are recycling bins at Falcon’s Landing to take care of your (EMPTY & Clean) cup when you’re done, and the new exterior waste bins on campus have a recycling side to help cut down on waste and make it more convenient to put your cup in the right place.

In addition to the recycling bins for empty cups, there is the option to bring your own reusable cup to campus. In doing this, you can save the waste or resources involved in recycling (and manufacturing) a cup, and you get 10 cents off your beverage. Bringing your own cup is a win-win, and there is no confusion in waiting for your drink at the bar.